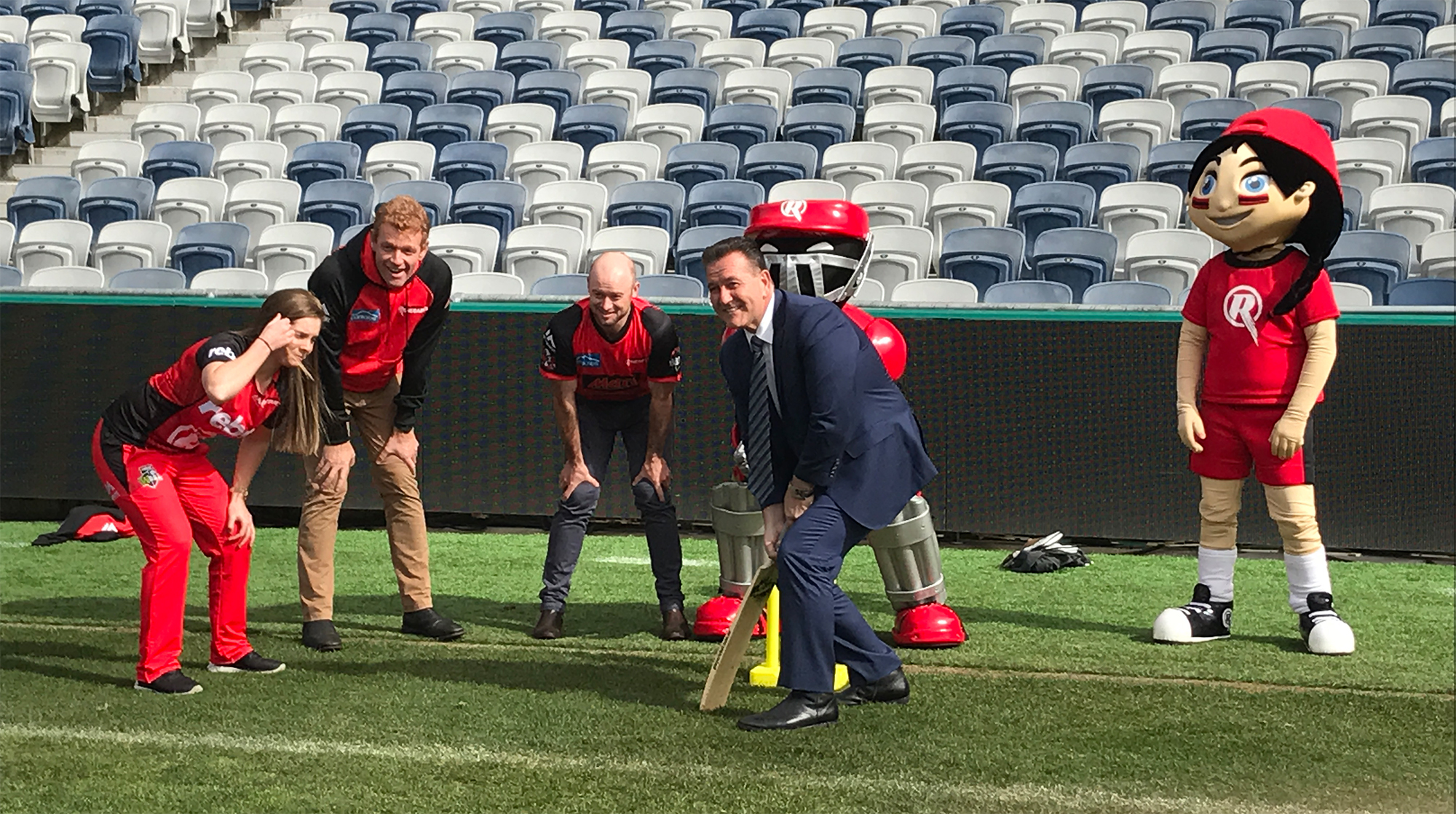 Minister for Sport Tourism and Major Events, the Hon John Eren MP today announced that the excitement, colour and action of the Big Bash League will hit GMHBA Stadium on Wednesday, January 3, 2018. The Melbourne Renegades will take on the Sydney Sixers in a blockbuster double header in what will be this summer’s ultimate family night out.

The Big Bash league is now recognised as Australia’s premier summer sporting league and is watched by more than 1 million Australians on Network 10 each night.

The event will have a distinctly local feel as hometown heroes Aaron Finch and Molly Strano will take the field alongside Australian and international super stars including Dwayne Bravo, Sophie Molineux, Nathen Lyon, Ellyse Perry and Cameron White.

Kardinia Park has developed a reputation as Australia’s regional home of cricket in recent years after hosting the Australian, Sri Lankan and West Indies national teams, as well as Victoria the Melbourne Renegades and Melbourne Stars.

The Renegades and Sixers WBBL and BBL teams will do battle in front of the newly redeveloped Brownlow stand which lifts the stadium’s capacity to 36,000.

“We are excited to host summer’s ‘Biggest Party’ at the best regional stadium in Australia,” Michael Malouf, Chair of the Kardinia Park Stadium Trust said.

“The cricket loving Geelong community as well as the many visitors to the Geelong and Bellarine each summer will relish the opportunity to witness some of the world’s best cricketers under lights at Kardinia Park.”

“We would like to acknowledge the generous support of the State Government of Victoria and the City of Greater Geelong in securing this amazing event and both Cricket Australia and the Melbourne Renegades in bringing it to life in January.”

In December, the Renegades will also host a week long training camp and community activities in preparation for the season.