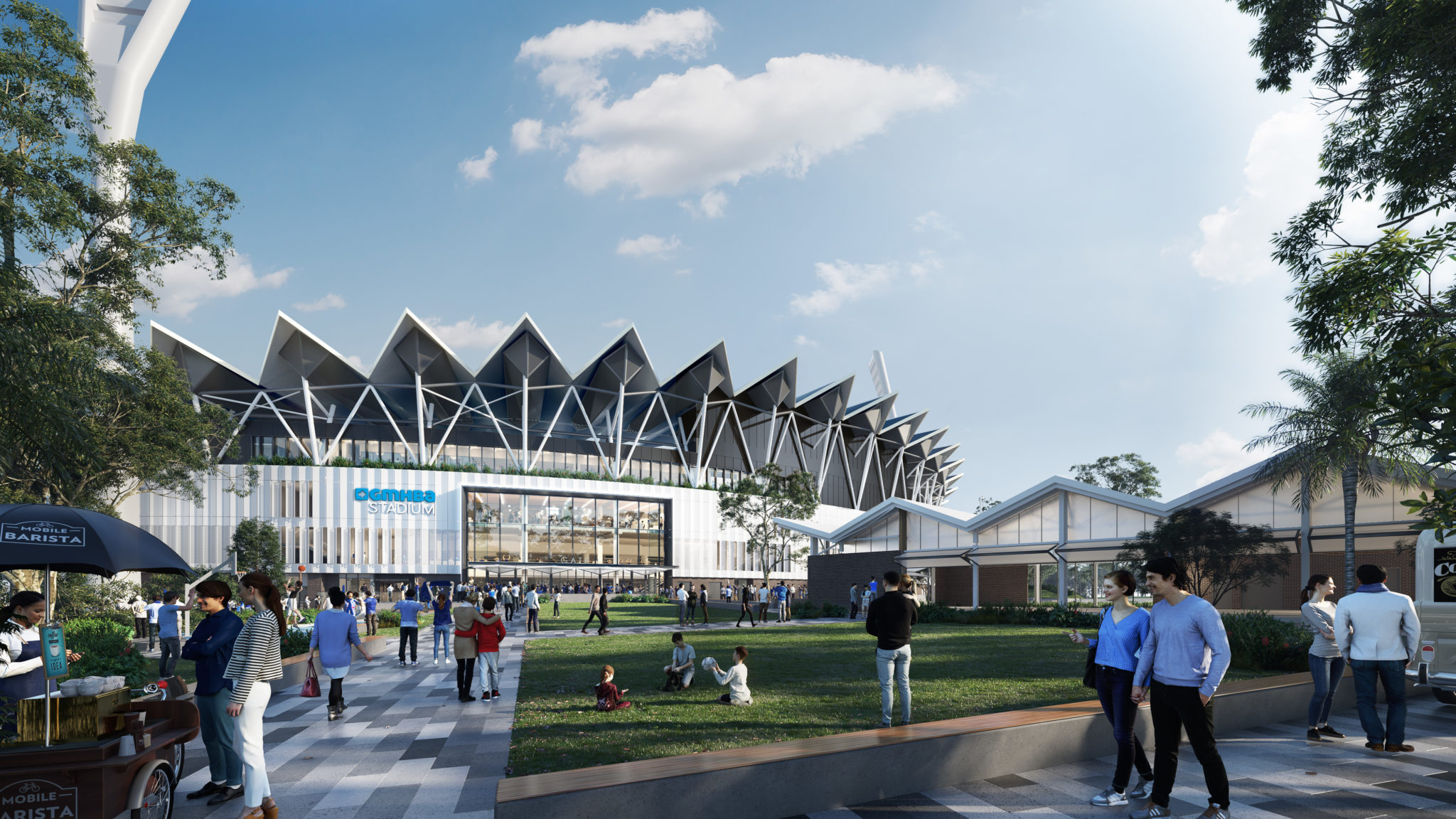 Work on the fifth stage of the Kardinia Park stadium redevelopment will begin after the AFL season with one of Australia’s leading construction firms – BESIX Watpac – today confirmed as the project builder.

The Andrews Labor Government has provided sole funding of $142 million to deliver the final stage of the landmark remaking of Australia’s premier regional stadium, supporting more than 120 construction jobs.

BESIX Watpac has completed dozens of major infrastructure projects across Australia including Brisbane’s Suncorp Stadium and sports facilities at Albert Park and Lakeside Oval, and is currently building the City of Greater Geelong’s Civic Administration Building.

Local workers and suppliers will be big winners under the Labor Government’s Local Jobs First policy, which requires minimum 91 per cent local content for declared strategic projects such as Kardinia Park Stage Five.

The Major Project Skills Guarantee means apprentices, trainees and cadets will perform at least 10 per cent of all work on the project, and at least $1.2 million in goods and services must be procured from social enterprises.

At the heart of the Kardinia Park Stage Five project is the construction of a 14,000-capacity, two-tier northern stand to replace the ageing Ford Stand and Ablett Terrace. This will increase the stadium’s capacity to more than 40,000 people, boosting Geelong’s ability to attract and host national and international events.

The new stand will include facilities for professional and community sport, including unisex change rooms, and administration facilities for the Geelong Cricket Club.

Kardinia Park is widely used by the local community for activities and events, and this project will enhance facilities for patrons with a new northern entry plaza, sports museum, function room and a suite of technology upgrades including additional high-speed public wi-fi and LED signage.

Stadium operations will be bolstered through the delivery of a new administration area for stadium and event staff, a crowd management centre and additional CCTV capability.

The redevelopment will also provide dedicated sustainability measures including solar panels to the roof of the new grandstand and provision for battery storage. The works are forecast to be completed in mid-2023.

Previous stages of the redevelopment have delivered the Brownlow, Players, Premiership and Reg Hickey stands along with broadcast-quality lighting and an array of function rooms. 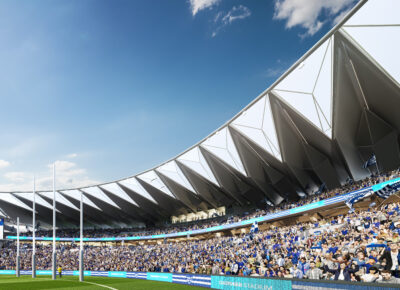 The Stage 5 re-development of Kardinia Park continues,  with work expected to be completed by mid-2023. The project’s builder,... 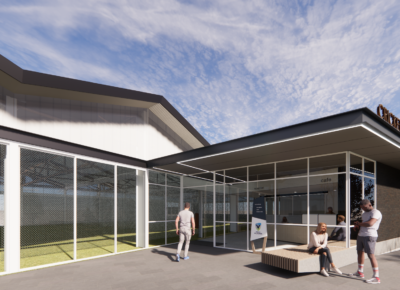 As part of the Fifth and final stage of the GMHBA Stadium redevelopment at Kardinia Park, a 5-lane indoor... 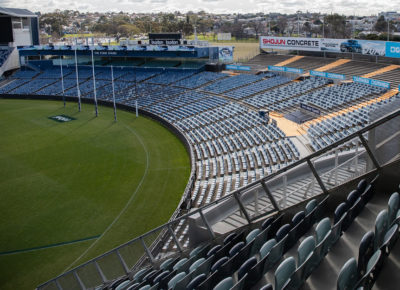 Stage 5 Redevelopment – What to expect over the coming months

As the Stage 5 redevelopment commences, please note the following changes in conditions around the construction site: Access As... 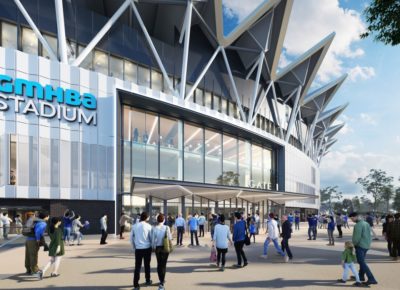 Work on the fifth stage of the Kardinia Park stadium redevelopment will begin after the AFL season with one...