Tickets to the ICC Men’s T20 World Cup next year have today gone on sale to the general public, meaning fans can now secure their seats at any match, with exactly one year to go until the first ball is bowled at Kardinia Park on October 18 next year.

Tickets for each of the action-packed T20 World Cup doubleheaders at Kardinia Park will be just $20 for adults and $5 for children, making it one of the most accessible and inclusive major sporting events ever held in Australia.

More than one million fans are expected to attend the global showpiece event for cricket’s fastest-growing format, to be played in Australia for the first time.

“The T20 World Cup is going to be a great spectacle and for us as a team a huge focus in 2020. It’s the one global trophy that has eluded the men’s team so far and we won’t get a better opportunity than on home soil next year,” Australian Men’s Captain Aaron Finch said:

“Anyone can beat anyone on their day in T20 cricket so it’s going to be an exciting tournament that will have a number of teams believing they can win. It’s an amazing opportunity for Australia to have the world’s best T20 players women and men coming next year.”

“We saw in 2015 how great the crowds were and we’re looking forward to seeing the whole country getting behind not just Australia but all the competing teams to create that atmosphere that only a World Cup can bring.”

To mark the occasion, the event campaign ‘Welcome to the Big Dance’ has been launched, celebrating all the competing countries coming together for two World Cups in 2020. More than one million fans are expected to attend and the ‘Big Dance’ captures the movement, energy and excitement that each country and culture will bring to both tournaments next year.

It’s the first time that Australia will host T20 cricket’s global showpiece and matches will be played in eight host cities and 13 venues around the country, including Geelong’s own Kardinia Park.

Tickets are now on sale at t20worldcup.com 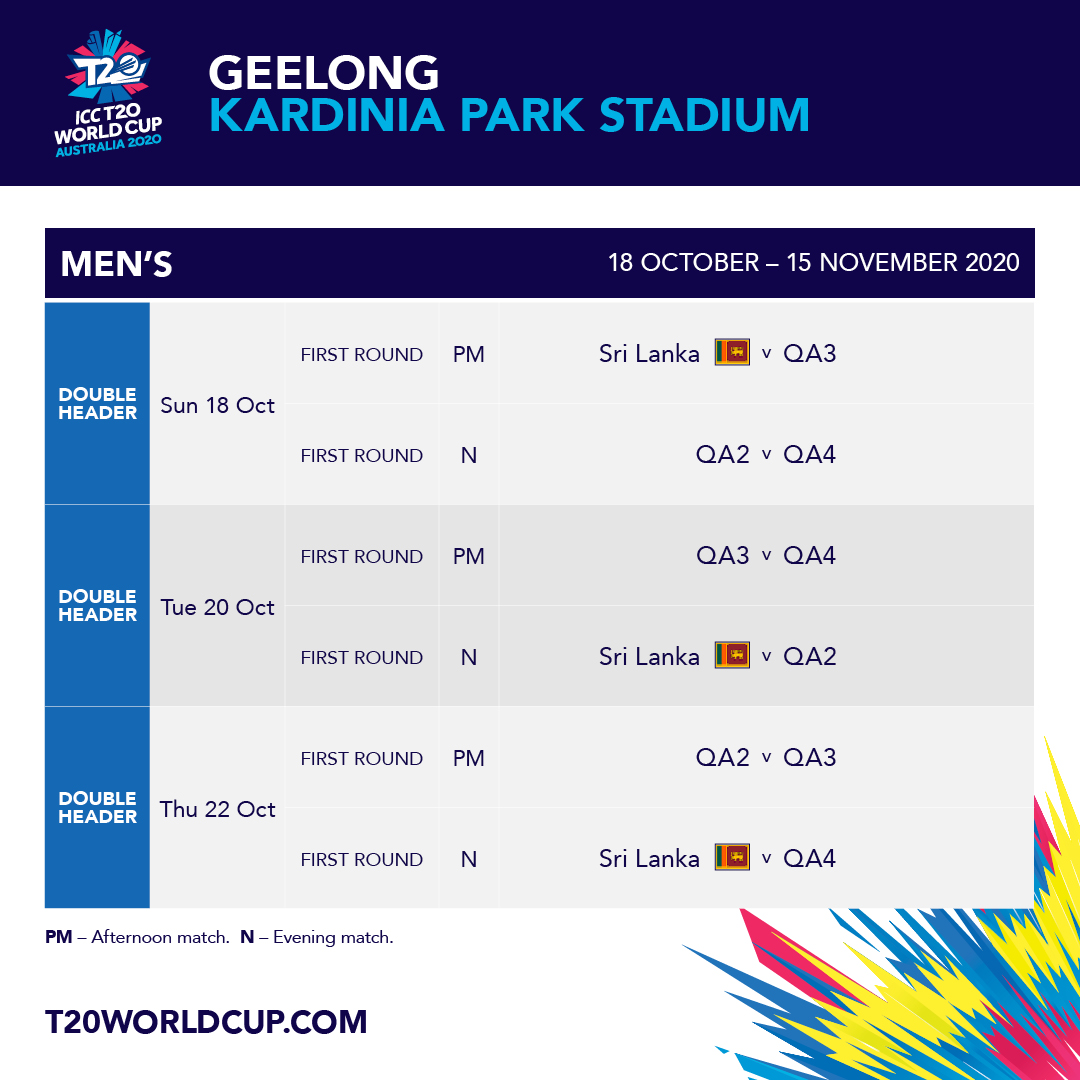