Tickets for each of the action-packed T20 World Cup doubleheaders at GMHBA Stadium will be just $20 for adults and $5 for children, making it one of the most accessible and inclusive major sporting events ever held in Australia.

There’s plenty for fans to be excited about, with Geelong hosting six matches across three-double headers at GMHBA Stadium in October 2020.

Sri Lanka will play on every match day at GMHBA Stadium with the three remaining teams to be determined in November 2019 following the ICC Global Qualifying event.

Geelong is the only regional city to host a men’s match in the T20 World Cup 2020, alongside other major cities including Melbourne, Adelaide, Brisbane, Hobart, Perth and Sydney. 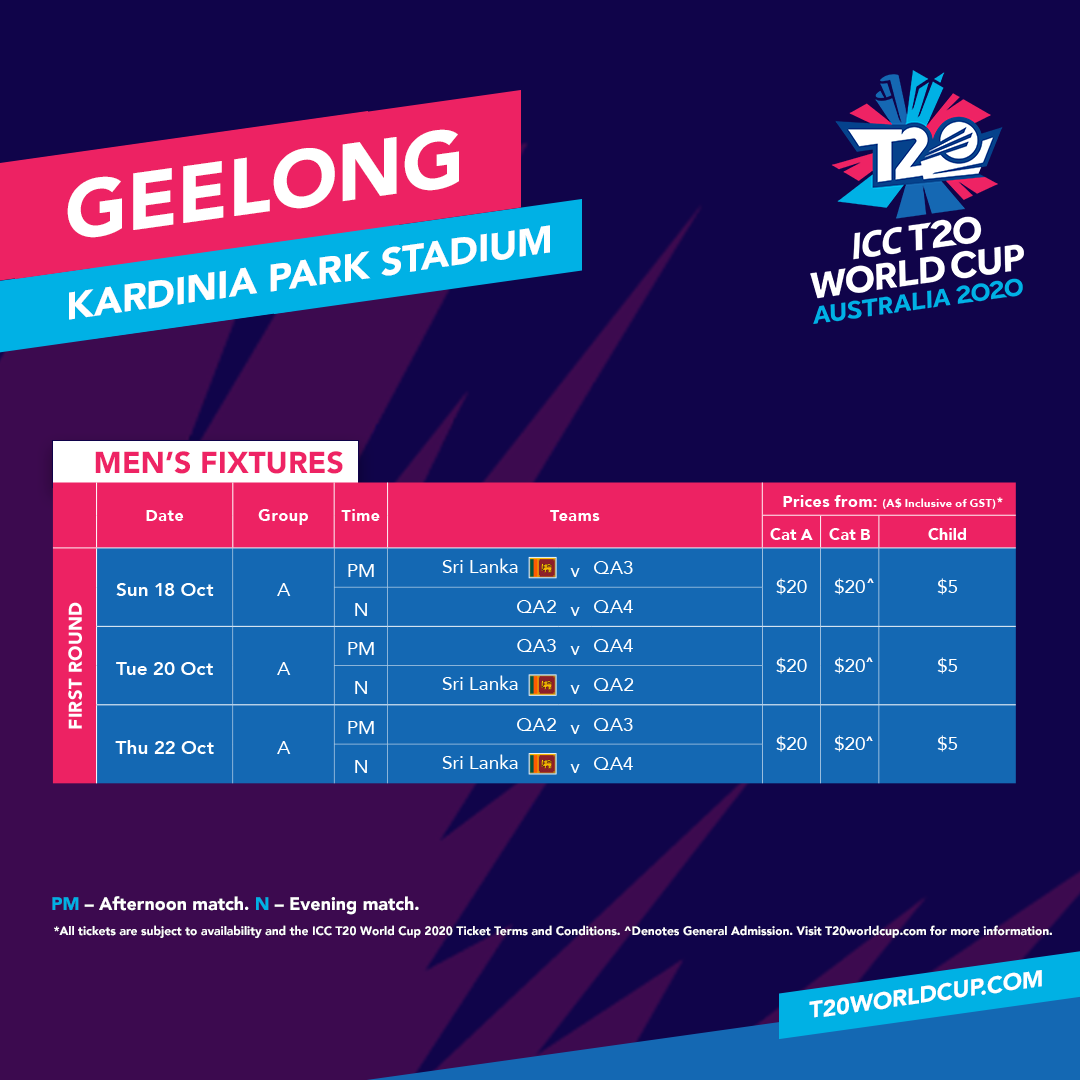