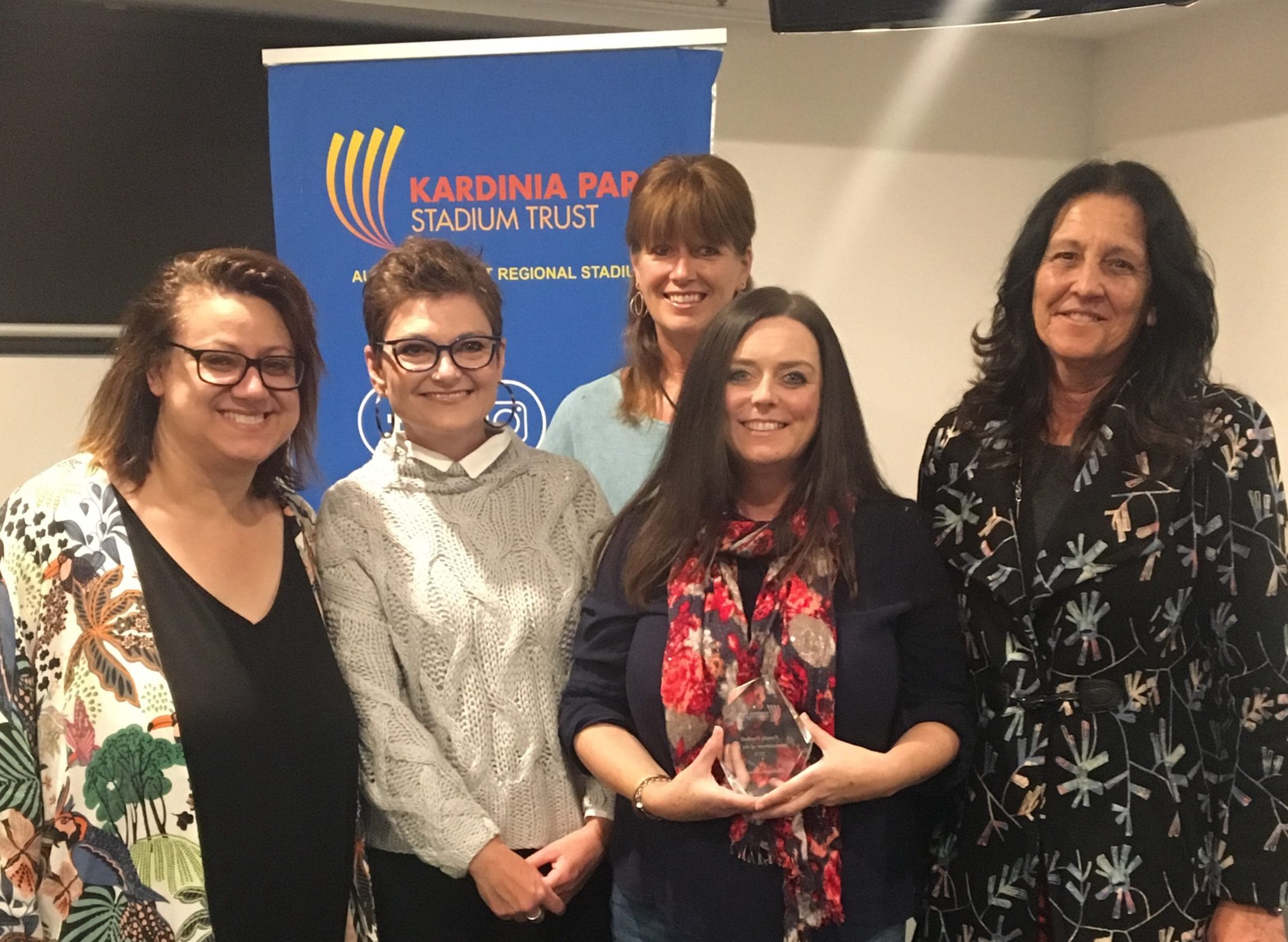 The Award was presented to Bec as part of the ‘Celebration of Female Football’ event which opened up GMHBA Stadium to nearly 300 local female football players. The second annual community event, which is aimed at encouraging and promoting women in sport, showcased Geelong’s grassroots through to premier female soccer talent, from Under 12’s through to Senior teams.

The reasons Bec won the award were endless – from championing female participation in sport to taking on day to day management of her club, she is considered a true hero and outstanding member of both Lara United FC community as well as the Geelong community.

She is currently the Female Football Engagement Officer on the Lara United FC committee, coordinates the rebuilding of the Geelong Women’s Task Force and is part of The Barwon Game Changer project. She has volunteered to be the Lara United FC’s Female Champion of Change and constantly advocates to improve the playing conditions for women not only at Lara but across sport in general.

Congratulations once again to Bec on her very deserved win.