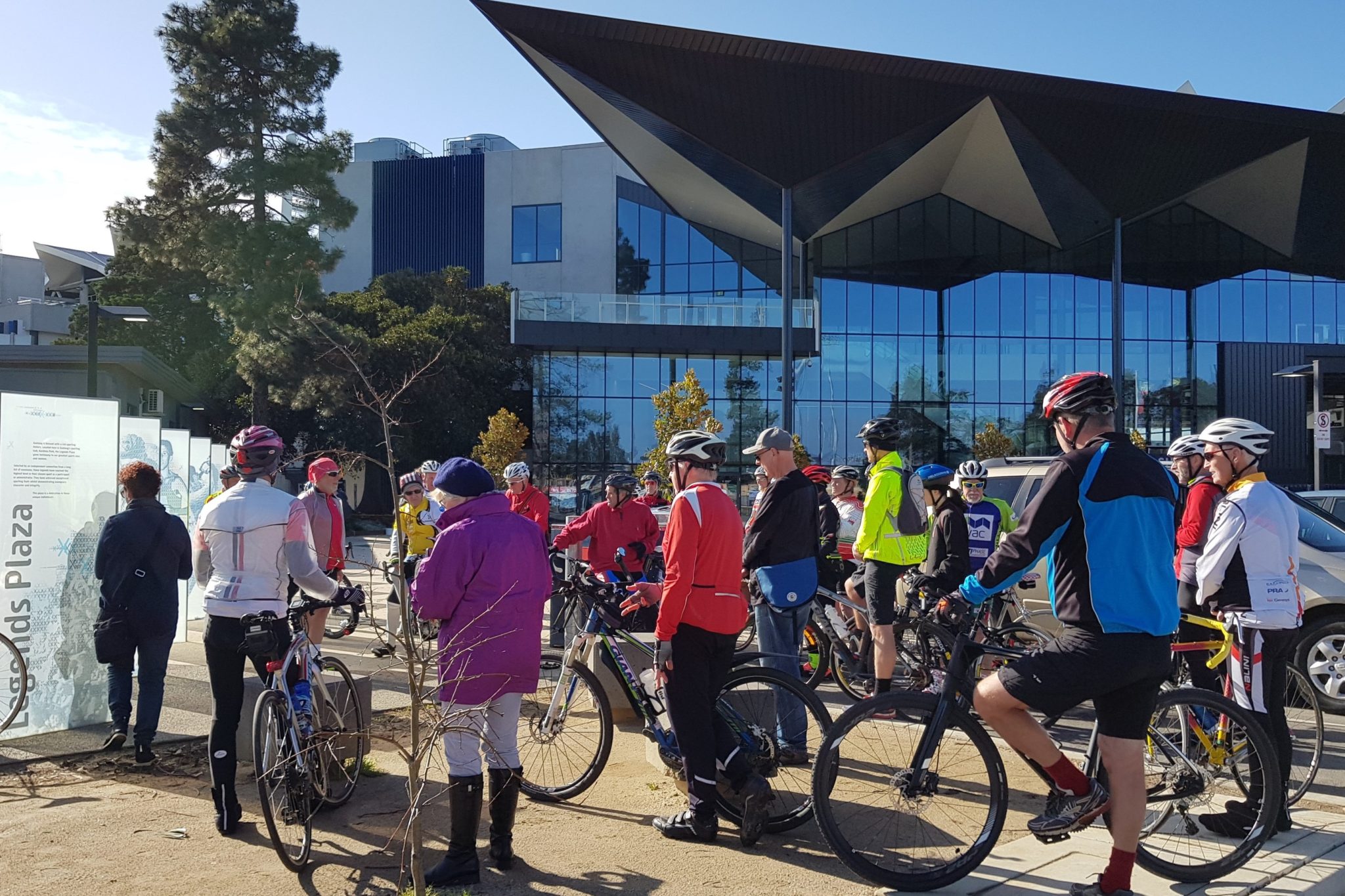 This weekend Geelong Cycling Club held their ‘Remembering Russell Mockridge Weekend’ commemorating the 60th anniversary of the tragic death of the international cycling star while he competed in the 1958 Tour of Gippsland.

Sunday’s ‘Russell Mockridge Memorial Ride’ met at Kardinia Park’s Legend’s Plaza where a statue of ‘The Geelong Flyer’ as he was known, stands tall all year round. The Sunday ride from Geelong to Drysdale and back followed the path of Russell’s first race with Geelong Cycling Club, where he rocked up at his first race with runners, a woollen jumper and coke-bottle glasses strapped to his head. On first impression he was not a threat, however as the race ended, he was so far in the lead he bet the timekeeper to the finish line.

David Kelly, a member of the Legend’s Plaza Selection Committee, was in attendance to talk about the significance of the Russell Mockridge’s place in the Legend’s Plaza. He spoke to the riders about the criteria for becoming a Legend and the importance of Russell’s legacy living on through this race.

It was a wonderful weekend of commemoration for the Aussie Cycling Legend, including a ‘Geelong Memories’ ride on Saturday taking riders around the places of significance in Russell’s growing up in Geelong.